PARIS: Yesterday, 9th March 2020, was one of the most upsetting and painful days for Afghans across the world to see their country being torn apart along political and ethnic lines once again after two decades by two presidential candidates, both inaugurating themselves in the same presidential palace.

The event that has become the butt of every joke in the world and a humiliating affair for Afghans to deal with, was attended mostly by foreign diplomats, military officials and the dancing supporters of Ashraf Ghani and Abdullah Abdullah.

The dancing supporter may not know that they are dancing today but will be crying tomorrow because we are clearly seeing signs of foreign coalition partners preparing to throw Afghanistan to the wolves once again like they did in 1990s.

Just like then, foreign diplomats and UN officials were present at the venue of inauguration, and they have made similar promises of not abandoning Afghanistan like they did in 1990s.

The scene is set. A northern alliance has been formed once again of minority ethnic groups. A Kabul government announced mainly with majority Pashtuns. And theocratic Taliban waiting at the gates of the cities to fall on them like a thunder.

The Americans have already started flying their troops back home and preparing to release thousands of Taliban prisoners, something that was a red line for Ghani but crossed it again like with many others himself first.

Foreigners want to leave Afghanistan, fair enough. But why are Ghani and Abdullah helping them with setting the scene for another Afghanistan catastrophe, continuously lying and misleading the public?

There are three schools of thoughts on this. One that believes that Ghani and his close associates are foreign citizens and part of the foreign conspiracy. The second that believes Ghani is a patriot and Abdullah is a warlord losing grip of power, and trying to disrupt the affairs of the state. Third that Abdullah is the legitimate winner of elections and Ghani is trying sabotage everything.

Regardless of who is a patriot or traitor, coalition partners are on the move to leave. They are packing their bags and releasing Taliban. Not only that, there are rumours that Americans are paying Taliban $15 million for their expenses in Qatar.

Millions is not a problem. If the billions in aid to Afghanistan government stop, and it starts flowing to Taliban who already have the backing of Pakistan, Iran, Russia and probably China, Ghani could be facing the fate of Dr Najibullah and Abdullah the fate of Ahmad Shah Massoud.

The death and destruction that will hit Afghan cities and people could be something that humanity has not seen before. Abdullah supporters are armed and ready. Taliban are being proven right that democracy was a corrupt foreign experiment imposed on people and not an honest ideal for the benefit of people.

This is something that Afghan people will not forgive Ghani and Abdullah for. Ghani, Abdullah and their spin doctors will not be able to stay in Afghanistan because of Taliban and they will not be allowed in peace outside Afghanistan by the millions of diaspora Afghans.

It is still time for both Ghani and Abdullah to sit down and come to an agreement. The situation today is far more dangerous and fragile than in 2014. Failure to prevent the upcoming catastrophe will be far bigger betrayal of Afghan people than the Durand Line agreement or the case of Shah Shuja.

Foreign coalition partners must also know that Europe and America is home to millions of Afghans, and a disintegrated Afghanistan under extremists will impact and influence communities within their countries. On the other hand, a strong, united and democratic Afghanistan is a win-win for all in our globalised world.

Professor Sabwoon Momand is a former lecturer of Kabul University and a historian of Russia’s invasion of Afghanistan, the civil war of 90s and the rise of Taliban.

This post is part of European Institute for Afghanistan Studies opinion publications. The views expressed by the author do not necessarily reflect the views and policies of the World Afghan Congress. 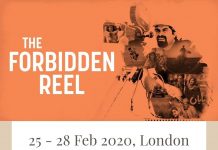 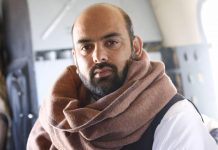 Bilal Sarwary, the journalist, humanist and activist taking us on journeys of Afghanistan