Since its inception, BACCI has strived to play an active and influential role in fostering a healthy environment for trade, business and economic cooperation between Afghanistan and United Kingdom through its corporate members, extensive regional knowledge, innovative business-to-business dialogue and strong government support.

BACCI strongly believes that a mutually beneficial relationship between Afghanistan and United Kingdom based on business, trade and investment is in the best interest of the citizens of both nations, and sustainable to stand the test of time at a time of great political changes taking place in our world. 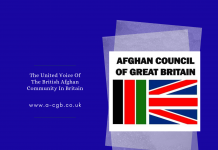